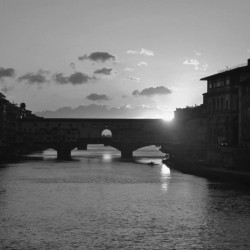 Their Finest Hour and a Half by Lissa Evans

Their Finest Hour is about the making of a movie during the blitz. Initially I was struck by the lovely subtle wit of the voice of this. Such a smooth gliding surface to her prose like a layer of freshly fallen snow. Evans did a fine job of setting up the novel, evoking the atmosphere and telling little details of the times really well. The research seamlessly stitched into the fabric and adding a great deal of vitality of colour. However it began to become apparent that this novel is too long. At least 100 pages too long. And the subject and characters just didn’t have enough vitality to sustain a 400 pg. novel. The characters, not the most inspired cast to begin with, began to become tiresome. Ambrose, the ageing narcissistic actor whose vanity is repeatedly punctured, got away with being a cliché for a while but he kept repeating the same routine to the point where you could predict his every self-important and misanthropic response. The rather dowdy and unassuming Edith (scenes when she worked at Madame Taussaud’s were however brilliant) and the shell-shocked and anaemically formal Albert were touching for a while but hardly original or inspired as characters. The best character Catlin, the young female who finds a greater sense of autonomy and self-assurance during and because of the war, though again clichéd, begin to disappear from the novel just when she’s needed to support it. The vaudeville humour too began to become a bit too slapstick. Even the research began to become overwhelming. A kind of blitzkrieg of period detail as if Evans was determined to shoehorn in every little piece of fascinating data she had picked up while researching. There’s some really good comic writing. But unfortunately the long dragged out nature of this novel and its clichéd characters ended up diminishing this book from a four star affair to a barely three star one.